Earlier this week we wrote about blurring the lines between your office and garden to create a free flowing space. We mentioned that one of the easiest ways of doing this is by choosing bi-fold doors. Today we thought we’d try to illustrate how this simple design choice can effect the style and usability of the building.

What are bi-fold doors

Bi-fold doors are a series of door leafs which are hinged in a concertina fashion, so they can move as one piece. The doors each have a pivot which runs along a track at the top and bottom of the opening.

Bi-fold doors are the current big trend in garden office design. Buyers like that they can be folded back to create a real connection with the garden. Bi-fold doors are also a clever way of creating a feeling of extra space, as you are effectively folding back a whole section of wall. 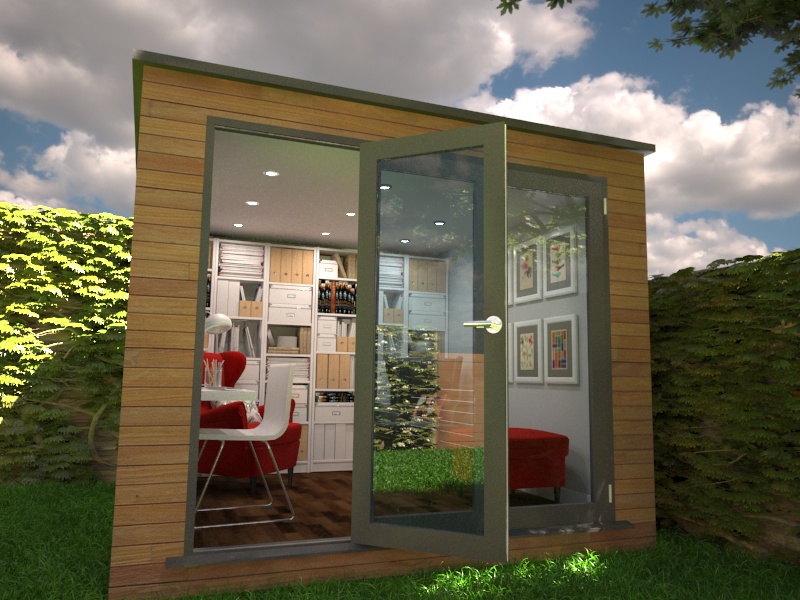 What are bi-fold doors made of

Whilst you can buy wooden bi-fold doors, its not common to find them used in garden office design. The most common finish is uPVC which comes in a range of colour finishes, from solid colours to wood effects. uPVC doors are a good option if you want to balance functionality with price.

The higher spec option is to choose Aluminium bi-fold doors. These are powder coated and come in a wide range of colours from the RAL palette – the most popular by far being anthracite grey which contrasts well with cedar cladding. Bi-fold doors are the most costly door option when buying a garden office, but whether that makes them expensive is subjective. The fact that they add so much flexibility to the usability of the building makes them very cost effective in our eyes! As we indicated above, uPVC bi-fold doors will cost you less than their Aluminium counterparts.

Most garden office suppliers will offer bi-fold doors as an option. They will normally have them clearly priced as an upgrade to their standard option which is quite often French doors. Buyers have told us that they fear bi-fold doors are not as secure as other door options. Having installed bi-fold doors ourselves we can say that they are a secure as any other door we have fitted. Each leaf of the bi-fold set, has its own bolting system which means the doors not only lock into the top and bottom rails of the frame , but into the door alongside too.

Do all suppliers offer bi-fold doors

Most suppliers do, but not all. Some designers just don’t like them, they feel they are not right for their style of building. Other suppliers feel that French doors with fewer moving parts are a better option. 90% of suppliers will offer them though. Perhaps not as a standard option, but certainly as an optional extra.

Talk to garden office suppliers about how you can incorporate bi-fold doors into your garden office design. Think about how much value being able to fold back large sections of wall will give you, both aesthetically and in usability terms.